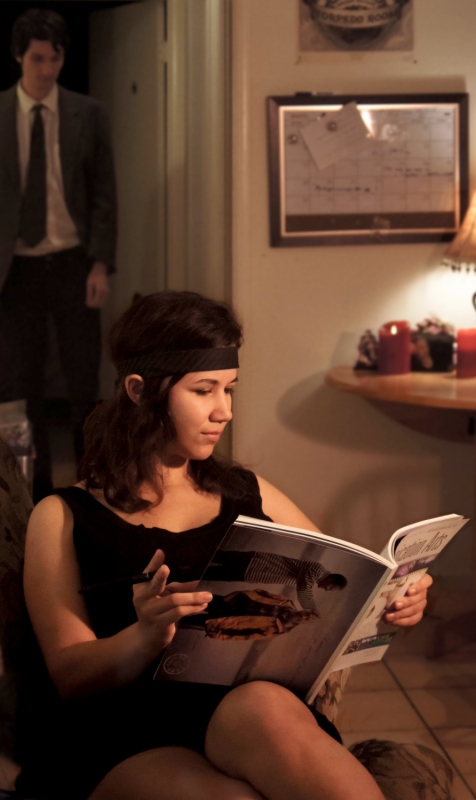 Me and the boyfriend were bored sitting around the house yesterday when we decided to to do something a little bit productive, and a little bit procrastinating other work that needed to get done. We got out our light kit and found a promo shot for one of my favorite films Midnight In Paris. Living in a small apartment in the bay area it was a small challenge to look like we had the eloborate house that is in the film, but with a little bit of rearranging I think we did pretty darn good. There are clearly some flaws, but the general feeling was captured. Not to mention since both of us were on the screen it was very hard to get the framing completely correct.

Here is the side by side comparison.